Regardless of what the wife says, I don’t have too many buttons you can push that will make me crazy.

The ones I do have she likes to jab occasionally to see if I’m still breathing.

But that’s for another time…

But some dumb things will light a fuse that leads to my going nuts.

I was in a store a couple of days ago.

Some well dressed and moderately hot lady was there with her kid.

He was maybe about 8. 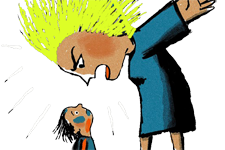 He was acting like little jerk, no doubt due to the wonderful job his mom is doing in raising him.

So miss wonderful grabs the kid by the arm, gives him a shake just short of child abuse and says…

“You behave yourself or I’ll call a policeman to come arrest you and put you in the bad boys home.”

So, this jackass is raising her kid to either be afraid of, or hate police.

I’m sure he’ll turn into a model citizen.

Can you actually believe someone doing this?
What an incredibly stupid thing to do.

This is the kind of mother that when the kid goes out and creates carnage, the news will quote her as saying, “I don’t believe it. He was a good boy. Yes, he had some problems but was talking about going back to get his GED, marry his girlfriend and be a better father to his 3 children. He was ready to go back to rehab. He would never hurt anyone.” 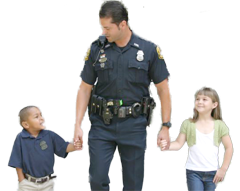 Here’s what you tell your kids…

If you’re ever lost or scared and mom or dad isn’t around find a police officer.

He will keep you safe and help you find us.

That’s what they do and they do it because they want to help people.

Sure they write tickets and arrest people but those people probably deserved being arrested or ticketed.

Don’t break the law and they won’t bother you.

Officers are there to keep people safe and that stupid, ignorant excuse for a mother forever put that kid on the wrong path.

So what did I do?
Nothing.

Today you get sued for sticking you nose in someone else’s business.

I don’t mind getting blasted for doing the right thing, but there’s no way my 30 seconds of teaching her parenting skills will make a difference.

The whole thing made me grumpy as hell.