The wife has this need.
Yes, everyone has needs but this one is different.
She needs to know where everyone is.

I can go get something from the garage and she’ll say, “Where were you?”
“I was in the garage.”
“Oh, you didn’t say anything when you left.” 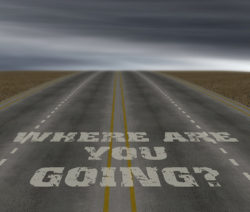 When I left?
The garage is like 50 feet away.
It’s not like I was off to Las Vegas for the weekend.

Today I’m in the bathroom.
Door is closed which usually means serious stuff is happening.

She knocks (almost hammers) on the door.
“Whatcha doing?”

Now seriously, what the hell would anyone be doing in the bathroom?
I certainly am not giving the car a tune-up.

She can head down the hallway and as she passes my office says, “I’m going to take a shower.”
“That’s nice.”
Do I really need to know that?
It’s not like she’s going to Macys for some power shopping.

I used to think the older I got the more stuff pissed me off because that’s what getting older does.
I was wrong.

The older I get the more thing’s piss me off because I compare then and now – and now is found wanting.

Case in point.
The wife’s tire pressure light comes on in her car.

She’s all in a tizzy because she’s afraid the tire will fall off on the freeway.
There’s no talking her out of that.

So I look at the tire, and yes, it’s lookin’ down a bit.
Being a handyman I dig out the wiz-bang electric tire pump from underneath a pile of stuff in the garage and get ready to put some air back in that baby.

It’s broken.
The last person to borrow it returned it all busted up and never said anything.

A tire pump is one of those things you don’t need very often, but when you do – you need it.
Mine’s busted.

So I tell her let’s go to the gas station up the street.
These places usually have something to put air in your tires.

I told her to grab some coins because nothing is free anymore and I suspect we’ll have to feed the machine. 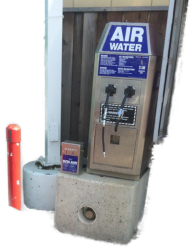 Yes indeed, we had to feed the machine.

And sitting right next to it is another machine that wants $1.50 to put some water in your car.

It wasn’t too many years ago it would have been free or maybe 25-cents.
Now I’m pissed.

This is one of those stations that sell gas and makes fortune off its convenience store.
It used to be air and water was a service for their customers.

Places like this no longer have services – that have profit centers.
Their idea of a service is contract with some company to install the water and air machines and take a cut.

I wouldn’t expect these machines to be used more than a couple of times a day and the convenience store gold mine could easily absorb the cost.

I also wouldn’t expect management to even think of that.

Not exactly a Lamborghini but a lot less expensive.
Also vastly more useful.

One day you wake up and finally admit things don’t work as well as they once did. 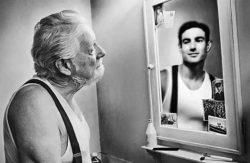 It’s a bit of a bummer because you have to accept what you see in the mirror never matched reality.

Sure, there’s some grey in your hair and maybe you groan a bit getting off the couch but those are little things and you ignore what it means because you still feel good…and you’re too busy doing stuff.

Your dreams are still filled with running with the wind chasing puppies and baseballs.
And there are lots of dreams as you find yourself napping a lot.

If you are blessed with a strong heart and a long life you notice each year is a bit more difficult than the one before and you begin to stay in one place.

After all, it can be tiring to venture forth from your easy chair and you don’t have to look in that mirror.

But you lose because the world is still out there and some people miss you and the more you stay the harder it is to go.

For everyone something wears out first.
It can be their mind, eyesight, hearing, or maybe your legs.
Usually it’s all of that in various degrees.

You buy a cane and lean on people but none of that gives you back what you no longer have.
You begin to feel useless and discarded like an old car no longer worth the trouble to keep working.
Too many dig themselves a hole and slowly start to climb into it. 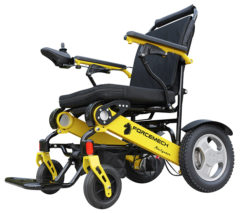 You get yourself some new wheels and go crusin’ for trouble.
And these are some damn fine-looking wheels.