Over the years I have rarely shared stuff others have sent me.

Usually it’s because I’m too busy presenting my own point of view, as petty as it can be or the stuff doesn’t match the literary excellence of what is normally found here.

On this eve of my annual pilgrimage to the land of debauchery I have been gifted with something worthy of your attention.

A friend sent this and I offer it for your reading pleasure.

This is an e-mail sent to Clarence Page of the Chicago Tribune after an article he published concerning a name change for the Washington Redskins.

I always love your articles and I generally agree with them. I would suggest, as in an email I received, they change the name to the “Foreskins” to better represent their community, paying tribute to the dick heads in Congress.

I agree with our Native American population. I am highly insulted by the racially charged name of the Washington Redskins. One might argue that to name a professional football team after Native Americans would exalt them as fine warriors, but nay, nay. We must be careful not to offend, and in the spirit of political correctness and courtesy, we must move forward.

Let’s ditch the Kansas City Chiefs, the Atlanta Braves and the Cleveland Indians. If your shorts are in a wad because of the reference the name Redskins makes to skin color, then we need to get rid of the Cleveland Browns.

The Carolina Panthers obviously were named to keep the memory of militant Blacks from the 60’s alive. Gone. It’s offensive to us white folk.

The New York Yankees offend the Southern population. Do you see a team named for the Confederacy? No! There is no room for any reference to that tragic war that cost this country so many young men’s lives. 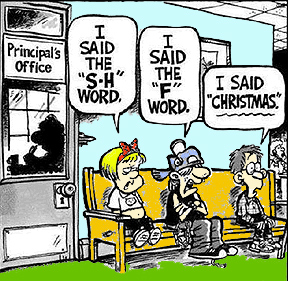 I am also offended by the blatant references to the Catholic religion
among our sports team names. Totally inappropriate to have the New Orleans Saints, the Los Angeles Angels or the San Diego Padres.

Then there are the team names that glorify criminals who raped and
pillaged. We are talking about the horrible Oakland Raiders, the
Minnesota Vikings, the Tampa Bay Buccaneers and the Pittsburgh Pirates!

The New York Giants and the San Francisco Giants promote obesity, a growing childhood epidemic.
Wrong message to our children.

The Cincinnati Reds promote downers/barbiturates.
Wrong message to our children.

The Milwaukee Brewers. Well that goes without saying.
Wrong message to our children.

So, there you go. We need to support any legislation that comes out to rectify this travesty, because the government will likely become involved with this issue, as they should. Just the kind of thing the do-nothing Congress loves.

As a diehard Oregon State fan, my wife and I, with all of this in mind, suggest it might also make some sense to change the name of the Oregon State women’s athletic teams to something other than “the Beavers.”

On that note – I have spoken at length with Madam Lady Luck.

She has still not decided whether to accompany me to Las Vegas or not.

Women can be fickle. 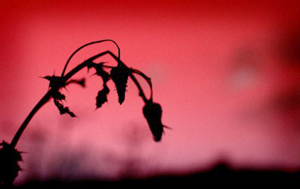 Everything comes into being, lives and then dies.

Some live a long time, some a matter of hours.

But we all come and we all go.
Depending on what you believe, there is something else waiting…or not.

Like the old saying, you can’t escape death and taxes.
I guess we should add government spying to that list.

The wife and I are saying goodbye to another member of our family.
Toby was one of five puppies born so long ago.

Almost 15 years, but it seems so much less than that.

The dad, mom and one other have already passed away.
It’s his turn and the others, living elsewhere, are close.

The infirmities of old age have now grown to be more than he can handle.

Saturday we take him to the vet and turn him free to whatever there is afterwards.

I hope there is something.

Yes, he’s just a dog and the world is full of people who are dying when they shouldn’t.
We know the difference.

But he was a member of the family and a year of extensive caregiving creates a bond that can’t be ignored.

I hope it made a difference.

The mind fights a battle with a decision such as this.

I’m not against euthanasia.
I hope I have the option to consider it if my quality of life ever gets that bad.

There’s a constant battle between mind and heart over what to do.
Is my assessment of his quality of life accurate?

Does he even have awareness of quality of life?
If he could talk, would he say “I want to live” or “Let me go”?

I can answer those questions for myself when the time comes.
Answering for anything, or anyone else, is tough.

There’s a very thin, almost invisible line between it’s okay and it’s not.

Life can be a bitch sometimes and this stuff has kept me up at night.

On a brighter note, we are off to Vegas next week to either feed the retirement fund…or not.

Hopefully I won’t be grumpy by then.

Update (Saturday): After a long visit with the vet we all decided to hold off for a while. The little guy rallied over the past few days.
I’ve never seen an animal with a stronger will to survive. 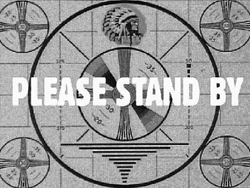 It had to come to this.
I figured I must have exceeded the world’s total quota for electronic bits.

Oceanic Internet rolled over and died this afternoon.

That’s what happens when you’re burning up the intertubes goofing around.

As it turns out it wasn’t me.

It was – Time Warner.
Of course.

How silly of me to think otherwise.

The modem would connect for about 3 seconds then disconnect.

On and off and on and off.

The blinking lights were quite marvelous.
Almost like Christmas.

Okay, let’s check their website to see the status of the Internet.

Wait, the Internet has to be working to do that.

Time to call Oceanic for a status check.

That was broken too.

Ten seconds of silence then a lady’s voice, “Goodbye”.

Nice meeting you too.

You get the feeling quality control has gone to hell in this country?

Hard to find what you need with all the ads pushing services you can buy.
When the internet is working.

Anyway, if by some miracle the soon-to-be-a-member of the COMCAST family is working, you can wade through the tsunami of ads, and if you’re lucky, find the page that lists “planned outages”.

There’s a whole crapload of planned outages all over the place for “maintenance”.

Here’s the gem of all this: “Internet and Phone services may be intermittent or briefly unavailable due to network maintenance.”

This is why I won’t use their phone service.
The Internet dies, so does your phone.

For whatever reason – including “maintenance”.

The people are great and the service has been a whole lot better than what people on the mainland get.

But geesh, can we keep the bits flowing better or maybe keep the fiddling with the stuff to 2 AM when most of us are sleeping?