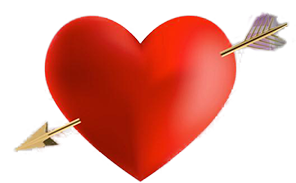 So, here we are.
Valentine’s Day eve.

One of many various stories says Saint Valentine of Rome was thrown in prison for performing weddings for soldiers who were not allowed to marry.

In a letter to someone, he signed it “Your Valentine.”
Supposedly that’s how it started according to some history books.

If you want the real story – look at this.

It used to be you gave a Valentine’s card to someone you loved.

Then the commercialization of America kicked in and they now expect a new BMW.

Anyway this is about me, not everyone else.

So I tell the bride we’ll go out to dinner tomorrow night.
Given that every other husband in the world is doing the same thing, it may end up at a hot dog stand versus some fancy joint.

It’s the thought that counts and the least I can do for the apple of my eye who does not believe in Valentine’s for husbands.

Yup.
“Valentine’s Day is for children”, says she.

No, Christmas is for children.
Valentine’s Day is for sweethearts.

Her girlfriends need to have a serious talk with her.
No way she’ll listen to me.

See where this is going?

You have to understand the husband’s station in life when it comes to the mistress of the house.

Someone send me a card so I won’t be grumpy.
Write something mushy on it even if it’s not true.