I try to stay away from politics because the NSA might put me on the No Fly list.
That would stop my yearly pilgrimage to Las Vegas.

They know how to hit a guy where it hurts.

But I couldn’t let this one go by.
The White House needs my help and I’m stepping up to the plate.

Considering some of the decisions that have come out of there lately, this is a good thing.

That’s a good thing except for how they want to do it.

According to this story I saw, the Obama administration is aiming directly at the dairy industry.

As you know from an earlier story I did, cows fart – a lot.

In fact they **poof** out enough methane in 24 hours to run a refrigerator for a day.

The government, which apparently has few major problems to deal with these days, wants to cut back methane **poofs** from dairy cows by 25 percent over the next five years.

The trouble is the White House hasn’t said how it would do this so I assume that part hasn’t been worked out yet.

There does seem to be a small problem with not thinking things through in Washington.

First, every plan needs a catchy title to get the public’s attention.
I dub thee “Obamafart”.

I shall come up with an answer for this problem.

I have two solutions on the table.

One is to keep them all locked up and suck out the air a couple of times a day.

That should be a lot of methane.

Then sell the stuff for people’s stoves.

Not sure how that would smell and there’s probably not enough big airtight buildings to hold all the cows.

Moving on and putting my scientific mind to work, I pondered this for about a minute and came up with the perfect answer on cutting back cow **poofs**.

The scientific process is one of testing theories until one actually  works.

Of course the cows might get grumpy but I don’t care.

No need for a state dinner – just mail me my award.

I have the feeling this is going to upset some people.

It’s based on scientific studies on how communities change to be different from those around them.
It Darwinism at it’s best.

It’s still going to piss some people off.

It’s taken me almost twenty years but I’ve learned a new language.
Not that I use it.

But I can understand it and read it – if anyone were to write that way – which they don’t.
I think.

The wife and I lived for a long time in Hawaii Kai.

But as the years slipped by she longed for the motherland – Aiea.

It’s where she grew up and has her roots, so to speak.
A place where she can find lots of tofu. 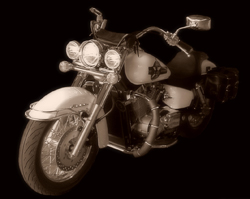 I couldn’t find a picture of old-time Aiea except for those with the sugar mill.

So, here’s my motorcycle.

The lovely lass has put up with me, as wonderful as I am, for a long time.

The least I could do is pack everything we own and buy a home in central Oahu.

I still miss Makapuu and driving past Hanauma Bay.

But she’s happy and that’s important to me.

We all know – if the wife is unhappy she’ll make damn sure the husband is too.
Call it an investment on my part.

When the winds blows in the right direction she can smell Aiea from where we live and her heart goes all a-flutter and she is content.

We’ve been here for a about eight years now and she has slowly reverted to Aiea-speak.

Apparently Aiea has its own language and I’m proud to admit I am now bi-lingual.

I’m no English teacher so I can’t explain what she does to the English language, except mangle it. 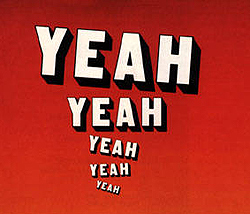 One of our dogs is named “Toby”.

He’s the sick one we have to carry a lot.

When the wife stops checking Facebook for 30 seconds, she starts in…
“Toby come”
“Toby shee-shee?”
“Toby outside?”

Then there’s the ever famous…
“Toby mum-mum?”
…for dinner.

Listening to her talk to her girlfriends on the phone usually consists of, “Yeah yeah yeah”.

Now, this has to be spoken in the right way.
Each yeah slides right into the next.

No pausing or you’re speaking gibberish.

One can only imagine what’s going on at the other end of the phone.

I’m only touching on this strange language.

It’s easy to learn Aiea-speak.
Just drop adverbs, adjectives, pronouns, a lot of verbs and most other things you learned in school.

No, it’s not pidgin.
It’s a completely different language.

Boy, am I going to catch hell when she sees this.