I had a good time on the telephone with some scam artist today.

The phone rings and this guy at the other end says he represents more than a hundred stores “in my area” that offer special discounts for senior citizens.
Just $150 to join this special club.

Oops.
Apparently that wasn’t in the script.

Yeah, but what’s my area?

“This covers your whole city and we have…”

I’m not at that point and rather practice a Zen type of thing where “if you do, you do – if you don’t, you don’t; meanwhile, what’s for dinner?”

But then I saw something in this morning’s newspaper in between Tina Turner getting married and Google wanting to implant computer chips in people’s brains.

It’s amazing what passes for news these days.

There’s a new study that has been released.

After studying thousands of people in 50 nations, it says life satisfaction peaks at 23 and 69.

For people in their early twenties life starts looking good around 23 and anything is possible. 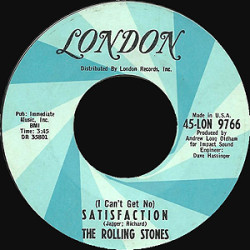 Then the disappointments of life kick in as they find out everything is not possible.

I really don’t remember that happening.
I usually got what I went after.

One has to wonder who they studied.
It certainly wasn’t me.

The report goes on to say expectations continue to drop and hit their lowest point in people’s mid-fifties, when regrets over unrealized dreams are at their greatest.

I don’t remember that either.
Like I say, I mostly got what I was after.

Except for Barbara B, who got cold feet after we were engaged, ran home to Las Vegas and mailed her ring back 2 months later with a one-line note, “Enclosed please find one engagement ring.”

Broke my heart.
I thought she was the love of my life.

Then about ten years ago I saw her picture on the Internet.
Did I get lucky.

She had really let herself go.
Let’s chalk that one up as a success in the end.

Back to the study – it says satisfaction levels start to rise again after 55 and peak once more at 69.

The study wraps up by saying people in their fifties could learn from the elderly, who generally feel less regret, or maybe gave up.

Remember what Dear Abby said: Life is 10-percent what happens to you and 90-percent how your respond to it.

I’m going to be 69 in six months and it’s great to have something to look forward to. 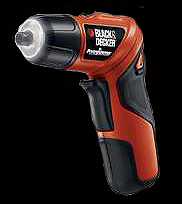 If you go into most homes, especially if a man lives there, you’ll find a common set of tools.

And most guys get a power screwdriver.
You know, the rechargeable kind.

They’re great and a good one is hard to find.

The wife and I went to Home depot a while back to get stuff for the bathroom renovation.

I figured I’d pick up a new power screwdriver because I dropped mine and it’s all busted up.
I paid $30 and it shattered like it cost $3 to make.

When was the last time you went to Home Depot or Lowes to find one of these things?

If you want a drill or a saw you’ll find dozens, ranging from cheap to ungodly expensive.

Yeah, but I wanted a rechargeable screwdriver.
They’re hard to find.

Home Depot had two – both cheap and both hidden on a bottom shelf.

I know they make better ones – they’re all over the internet.
But I didn’t want to wait for mail order – I wanted it now.

Except it appears Home Depot doesn’t want to sell you one.

They want to sell you an ungodly expensive drill instead.

That’s the only thing that makes sense.

So I bought the most expensive of the two available: $29.

I wonder how long that will last?
Probably until the first time I drop it.