I try to stay away from politics because it makes me want to walk up to everybody I see, shake them real hard and say, “Wake up!! We’re all going to hell and you’re letting it happen!”.

I’d much rather discuss sex but at my age that’s a theoretical conversation based on hazy and probably flawed memories of my younger years.

I shall dip my toe in the political cesspool just once this week.

he popular, but somewhat inaccurate definition of insanity…

Doing the same thing over and over expecting a different outcome.

The U.S. House has voted 56 times to repeal Obamacare.
And failed. 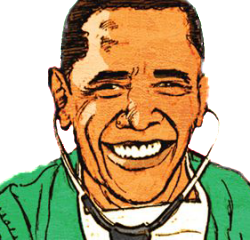 It finally passed number 57 last week but it will never make it through the Senate.

So, we wait with interest for #58 which is included in a new budget working its way through Congress and repealing Obamacare is part of it.

It won’t make it – and if it does President Obama will veto it and there’s not enough votes to override that.

The House of Representatives passed the so-called “doc fix”.
For 13 years Medicare doctors faced getting their payments cut by 21 percent. 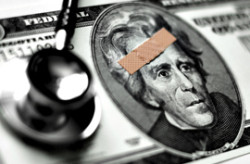 The medicare payment law went into effect in 1997.

The problem is it’s based on a flawed formula for calculating Medicare payments.

For 15 years Congress had just kept passing short-term solutions instead of fixing the stupid formula.

Last week they finally did.

You probably didn’t hear about this because no one expected anything to be done.
Again. 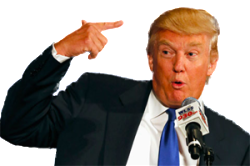 Donald Trump is talking about running for President.
Again.

The Department of Defense spent $80 million on a real-life “Iron Man” suit.

It won’t work because it requires 365 pounds of batteries to power it.

No one can move it’s so heavy. 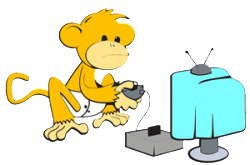 The National Science Foundation spent $171,000 to teach monkeys how to play video games and gamble in order to “unlock the secrets of free will”.

I’m having cold pizza for breakfast.
That probably makes me the sanest person around.

But I’m still grumpy.
You should be too. 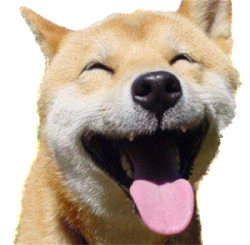 The United Nations proclaimed last Friday as the “International Day of Happiness”.

Yeah, I had no idea either.

We were all encouraged to reach out and have a positive “connection” with someone.

That explains all the happy faces in all the bars on that Friday night.

But I have a couple of problems with this… 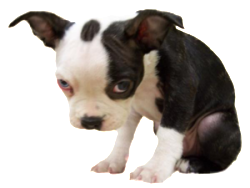 First – it came one week after Friday the 13th.

I’m still digging out from that.

Second – with all the crap going on in the world right now, I would have hoped they could have come up with something besides “being happy” as a plan for world peace.

I doubt there’s many positive connections going on in the Middle East.

Let’s file that with the other war-stopping ideas like, “make love not war”.

I’ve spent quite a bit of time pondering what happened to me last Friday to see if any of it could have been considered more happy than usual.

For one, I survived the day.
I guess that’s a positive.

I don’t think I left the house.
No positive connections for me.

I guess I’m a failure.

They really picked the wrong day for this happiness thing.

It should be today. 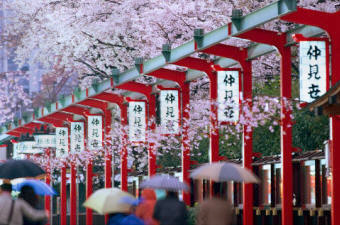 The wife is winging her way to the motherland this morning.

She has been giddy for weeks with excitement over visiting Japan with some girlfriends and other type people.

I’ll stay home to mind the dogs and keep a candle in the window.

For the next ten days I’ll taste bachelorhood once again.

Looks like my day of happiness is March 23rd.
Heh.

Yesterday she handed me what can only be called a manual for survival without her.

What garbage can goes to the curb on what day.
How to use the washer and dryer.
How much water to put in the rice cooker.
and so on.

It makes one wonder how I survived my younger life.
I suspect she thinks – not well.

I’m surprised there wasn’t a section on remembering to wash my hands after using the bathroom.

You’d think I would be happy as hell I can run around in my underwear, not shave or take a shower, watch girly shows on TV all night or eat pizza for every meal.

Happiness is ignoring stuff and taking lots of naps.

Have fun my dear.
Bring me back lots of presents.

Or I’ll be grumpy.

There can be truth in a few words painted on something.
Short and to the point always trumps long-winded.

The wife has a new coffee cup.
I suppose one of her girl friends gave it to her.

Let’s tie all this together. 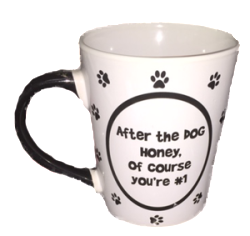 At first I thought the cup was for me.
The saying is most appropriate.

I thought about that and it actually makes sense.

Now I have to look at it every morning while she slurps her coffee.

I’ve always believed that husbands are the bottom of the list.

First come the children…
Then the girlfriends…
Then the dogs…
Then shopping…
Then her phone – connected to a girlfriend…
And back to shopping.

At the bottom – the lowly husband.
That’s me.

And you – if you are a husband-type person.

We do move up a number or two when the wife needs something to be done.

Like changing a lightbulb or batteries in her camera.

Then we slide back down again.

I’m okay with that.
It’s the way of the world and I’m not going to change her or the rules of nature.

It’s like black holes and the speed of light.
Accept it for what it is and move on.

Once in a while she lets us do something, like watch football, so we think we’re the boss around the house.

Women are wonderful.
Go do what you want anyway. 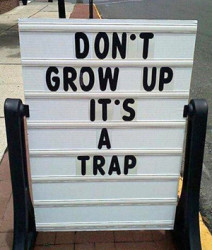 Kindly act upon it.

Think of the years of pain and anguish I saved you.

Don’t be grumpy.
That’s my job.