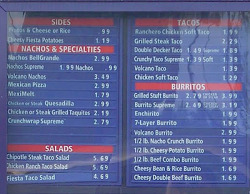 The limit of my Spanish is ordering stuff from the Taco Bell menu, badly.

On the mainland, it’s a big deal because something like a bunch of the population is Hispanic.

So the argument these days is whether people should speak English or something else at work.

A LA school cafeteria has posted a sign for workers saying they should speak only English during working hours – for safety reasons.

As you can imagine – that has raised a ruckus.

I’m scratching my head over all this.

If I moved to Mexico City, should I expect everyone to speak English just because I’m there?

Maybe we then should be speaking Japanese because so many Hawaii tourists are from that country.

Here in Hawaii we take pride in being in this state.
First, we’re Hawaii folks.

Then we have or share a certain ethnic background.

Other than that, nobody cares.
We marry each other, hang out with each other and speak a language that contains a smattering of a dozen other languages.

Then we go to work and speak English.

I realize each and every person thinks they’re special.
Guess what – you are – but only in your special way.

This may come as a surprise to some people but they aren’t more special than me or that person over there, or there.

People come to this country for a better life, greater opportunity. 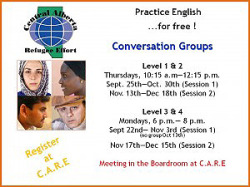 Many have availed themselves of the free programs that educate and support them while they make the transition.

They have gone on to make positive, even amazing contributions to our nation.

They became Americans and our country is better for it.

Hunkering down in a small area, determined to make your place just like “home” does nothing for the person or society as a whole.

Trying to make their place just the like one they left just creates the problems they are trying to get away from.
Or is that too difficult to understand?

I don’t get it.
If someone really wants a place to be like the one they left – then go back.

Guess what?
They only exist if they make an effort to join society.

I’m beginning to understand what my grandfather meant when he said we’re all going to hell in a handbasket.