Have I mentioned I don’t have much use for cats?

I think I just pissed off most of the women in the world.
Sorry.

It’s not that I hate cats. 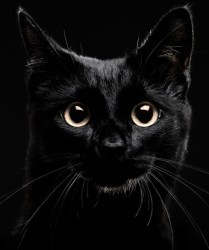 I had a cat when I was a tween.

It was black and it had a bent tail that looked like a crank handle.

It probably got caught in a door sometime in its life.

Being young and still learning I thought the little bugger loved me.

I think I called him “Blackie”.

I wasn’t very creative at that age.

He would purr and rub himself on me and when I went to sleep he’d end up curled up on my chest with his butt right under my nose.

And he would start farting in the middle of the night.

Right up my nose.

The cat would end up on the floor and I would end up with my head under the pillow thinking I was going to die.

But that’s not why I don’t have much use for cats.

We turn to science…
Researchers in Lincoln, England, where they study things that are not real important, say cats don’t need their owners to feel secure and safe.

What they’re saying is cats couldn’t give a damn.

They say they proved it because cats don’t have separation anxiety when you leave the house.

And when they wake up they just go destroy something.

The scientists say cats, unlike dogs, do not need humans to feel protected. 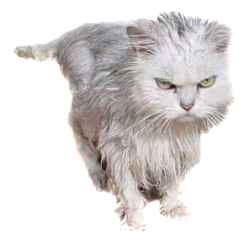 If you’re a cat lover I suppose you’re thinking, “See? My cat stays because it loves me.”

Hey, if someone scratched me, gave me food and a warm place to stay – I’d hang around too.

Invite me over, do that and I’m yours.

The second the cat gets pissed off they’ll just walk out.

And a cat won’t come or answer to its name.

“Hey Fred! Come here.”
Dirty look – if the thing even acknowledges you spoke to it.

Now, your dog is another story.

If I have to explain the bond between dogs and humans, you must be a cat person and no logic will sway you.

If you think it’s cute, you’re an insufferable cat person.

If you think it proved my point, you’re an upstanding, highly intelligent, drinking buddy dog person.

Go to the shelter and get a nice dog and stop being grumpy.