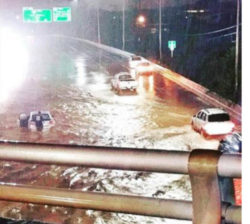 4 thoughts on “Being a bit dumb in the rain”