I’ve been watching the circus in Congress the last few days.
Yeah, I need to get a better hobby. 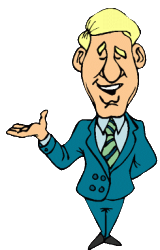 It brought back memories of my time working with politicians.
I’ve worked with and for many over the years.

Only a few I ended up liking as a person.

Too many are focused on only themselves and the next election.
And more than a few are mean, nasty people when the door is closed.

There’s something that draws these types of people to public service.
For some there’s a need for public adoration – the need to be loved and looked up to.

It’s an outsized ego that is constantly fed by those around them.

Unless you’re a paid staffer, you are a volunteer and you’re there because you “believe” and tell the politician that constantly.

Hear that enough and you start to expect it.

Politicians surround themselves with loyal people.

People who are believers in the “vision”, won’t talk behind their back and can be counted on come re-election time to help with the campaign.

Someone you can safely throw a tantrum in front of, share ideas with or do dumb things around without it showing up on the front page of the newspaper.

If all of a sudden you, as the new governor, had 1,000 jobs to fill, you’d want people you trust filling them.

People who are loyal.
One of the most prized things in politics is loyalty.

The politician gets up in the morning, looks in the mirror and says to him or herself that they are the only one that can fix the problems facing a country, state or city.

Of course that’s baloney, but that’s the thought process.

Some politicians I’ve known demand they get their name in the paper every day.

Some demand that a press release on their great work be sent daily.

After a while they start believing their own publicity.

And when they get into office, I found most are lousy managers.

It’s a different skill set and few know how to get the best from their people.

Some manage by fear and intimidation, with an eye only on how they will be perceived by the voters.

After all, there’s a re-election down the road.

Just remember – for every nasty negative ad, there’s a politician approving it.

I was lucky in that I was perceived as competent at what I did and I also knew a LOT of very important people who might be helpful to them.

Treat me bad and they’d worry I could cause them all sorts of political trouble.

I would never do that but not denying that possibility kept the stress level way down for me.

It’s important to know that some politicians are there for the right reason, although far too many are not.

I know just about everyone in office and the great ones can be counted on two hands.

Many people think all politicians are crooks – except for the one they voted for.
And that’s how they keep getting into office.

The founding fathers never expected politics to be a lifetime job and one that should be held by regular people, not just lawyers and certainly not forever.

This is political as I’ll get.

The wife says I should write a book.
No one would believe any of it if I did.