It’s amazing the stuff you can find on the Internet while cruising around while bored out of your mind.

Did you know today is the 100th anniversary of the U.S. income tax code? 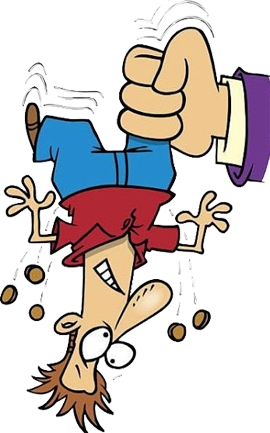 Happy birthday income tax.
Excuse me if I don’t wish you many more.

Still, it’s nice to find something older than me that’s still beating people up.

A good analogy is the 8-pound baby is now 3-tons and a bully.

If that doesn’t seem like a lot, try this:

Now you know what the politicians do in Washington to look busy.

Actually, my bored-out-of-my-brain research shows, the first income tax was enacted in 1892 to pay for the Civil War.

That blows to hell what I’ve been saying for years – there is no such thing as a temporary tax.

Moving to 1894, Congress passed the first peacetime income tax law, but a year later the Supreme Court threw it out, saying it was unconstitutional.

I guess they had more sense back then.

Turns out that was based on a technicality and also the court said Congress had the right to impose a direct income tax and that led to the passage of the 16th Amendment.

I take back what I said about having more sense.

And just to completely ruin your day – the government will collect just under $5 trillion in taxes this coming year.

Happy birthday.
Gimme my present back.

One thought on “Happy birthday to the Tax Man”