I get so confused when daylight saving time comes or goes on the mainland.

Is there an “s” there, or not?
I’ve seen it written both ways. 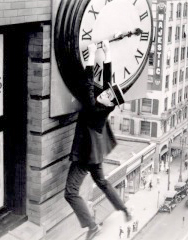 Then, there’s the fact that tomorrow will technically be yesterday in a day or two anyway, with a margin of error of three days to be safe.

Because today was – at one point tomorrow – but that was so long ago I can’t remember.

Time zones are just a way to cross over some invisible line and be somewhere else in the time line of the universe.

All this can get so confusing that the science that tries to explain it is mostly a mish-mash of stuff that makes no sense.

Then when they start fiddling with adding or subtracting an hour here and there it’s no wonder most people like me get confused.

Only the government would believe they could cut a foot off the top of a blanket, sew it on the bottom and have a longer blanket.

I bet I’ve been called a dozen times over the years at 3 o’clock in the morning from some yoyo in New York thinking it’s 9 AM everywhere in the world.

I doubt I’m very polite on those calls.

And don’t forget the International Date Line where people on the other side of it are in tomorrow.

Get on a plane Wednesday morning in Hawaii and land in Japan where it’s one day minus 4 hours ahead.

How crazy is that?

This is even nuttier – government worker’s in Japan are on daylight saving time where they have to go to work one hour earlier than everyone else.

No one else had to change their clocks, just the government people.

Getting back to planes – when I was a kid, people flying on planes got a certificate from the stewardess (that’s what they called them back then) to commemorate the event.

Kids like me got Junior Pilot wings to wear and be cool.

The planes took a gazillion hours to fly anywhere so maybe the certificate and wings were to take your mind off being cooped up for so long.

I’m so damn old I flew on the Pan Am Clipper to the mainland once.

I was maybe ten and sitting in the downstairs lounge.

Like any kid I started poking around and sort-of accidentally pulled a panel away from the wall.

Behind it was all sorts of wires and pipes.

I swear to God I thought I broke the plane and spent the rest of the flight in mortal fear we were going to crash in the ocean and it would be my fault.

That was the last time I pulled anything off a plane.

After that we went back and forth to the mainland on the Lurline.
Something like 5 days each way. 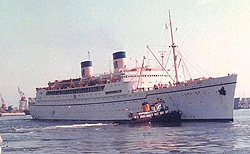 All I remember is my mother putting me in a group being taught hula by some lady on the ship.

She thought it was cute.
Mortifying at a young age.