Every time I begin to feel like some of the people I hang around with are getting a bit too stuffy – something like this comes along.

I feel much better.

As I prepare for my yearly donation to the Las Vegas economy, I leave you with this story of gastronomical love. 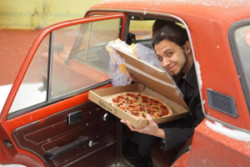 I haven’t got a name for this Russian guy but I have pictures and that’s better.

He has married a pizza.

Not that there’s anything wrong with that.

His reason is, “Your love to a person is a temporary affection, however love for food is eternal and stays with you till your last day. Pizza won’t cheat on you and won’t give you up. I love pizza sincerely”.

Hard to argue with some of that. 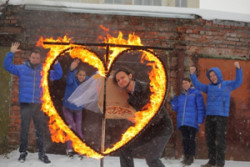 So he gathered his friends, dressed up a pizza box with a bride gown and lit the ceremonial flame heart.

And then they got married.
Really.

A Russian legal marriage certificate was officially presented to the guy. 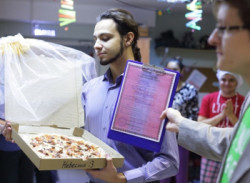 He was also given a knife and fork.

I pronounce you man and pizza.
You may eat the bride.

That was a short marriage.