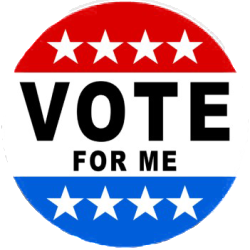 An interesting change has hit the political ads in the past couple of weeks.

Let me tell you where it comes from.

A few months ago a survey was taken.

The subject was politicians and it asked people what they liked, and didn’t, about people in office.

Not surprisingly, most people said they liked the person they voted for and didn’t like everyone else’s choice.

But the big thing that came out of this survey was the majority of people feel that politicians are arrogant and don’t share the values of the people they are supposed to represent.

They think politicians are willing to do almost anything to get, and stay, in office.

Why bother to mention this?

Have you been watching the TV ads recently?

Most of the candidates are pushing “shared values”.
Brian Schatz is working that concept to death.

Colleen Hanabusa and Donna Mercado Kim and also out there pitching it.

And many, if not all, are saying something about how humble they are to ask for your vote.

So, what do we have here?

If you are optimistic, you probably believe they are wonderful people who have seen the light.

If you’re cynical, they’re telling you want you want to hear so they can get elected.

I prefer to lean cynical.

Whatever – brave the rain and wind tomorrow and vote.

If you don’t, don’t get grumpy about the results.

I’m home nursing a mangled foot all this week.
It’s interesting to see what goes on during the day when I’m usually at work. 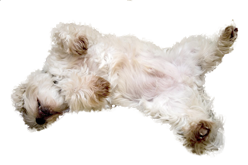 The dogs do nothing but sleep.
Dogs are smarter than some people I know.

I’d like to have a job where I just show up, wag my butt and food and shelter are free.

I’m not sure why so many people call during the day when no one is home and then don’t leave a message.

Anyway, I’m ignoring these as the few friends I have call me on my cell and my girlfriends don’t call in case the wife answers.

Getting bored I started answering a few just to see what I was missing during the day.

Some questions were pretty dumb.
What do you look for in a candidate?

How about someone different for once.

This is a pet peeve of mine.

It’s always interesting to see the same people running for office every election.
They lose by a gazillion votes and they’re back next time and the time after that.

Get the hint already.

Then there’s the professional politicians, many I know from my years working the political side of life.

Donna Mercado Kim trying to be humble and nice in her TV ads.
In my book she’s not.

I spent too many years watching her stomp on people at the City Council.

By the way – notice how almost everyone in the TV ads are saying how they “humbly” ask for your vote?

I know of no politician that is humble once the TV cameras are not around.

A person can’t think they are the answer to all the problems and be willing to campaign for months and be a humble person.

It’s impossible and that’s based on years in the political system and knowing hundreds of politicians.

More grumpy stuff…Brian Schatz running the same ad over and over.
The wife is growing to hate him for that reason.

Governor Neil Abercrombie saying he didn’t mean to go after the senior citizens in his first election.
It’s probably too late.

One does not mess with the geezers.
And oh boy do we vote.

I make sure the political survey caller hears all this.
Not that they care but I feel better.

After the 6th or 7th call I’m getting grumpy.

I turn off the phone, pop another pain pill and join the dogs.

A good nap cures many things.

So it’s Friday night and I’m holding two $5 bills in my hand. 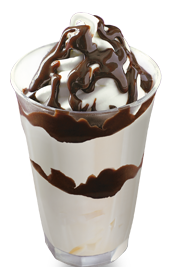 They were burning a hole in my pocket and I couldn’t think of a better thing to spend it on at that late hour then a run to McDonald’s for hot fudge sundaes.

Have I mentioned before that anything with chocolate is at the top of the food pyramid?

The wife is sacked out on the couch but getting her up for something this delightful is not difficult.

So she wanders off to do whatever it is women do before they are seen in public.

This is ignoring the fact it’s 10 pm and we’d be hitting the drive through.

I suspect she wants to look good in case we’re in an accident.

Mother’s tell their son’s to wear clean underwear for that reason.
I suppose the makeup thing is what they tell their daughters.

Anyway, I head over to close the front door so the burglars stay away.

Crash.
Down I went as my left knee gives out.

It has done that before but it’s been maybe 9 months since the last time and I thought that stuff had ended.

I have no idea what happened but it appears a metal strip along the bottom of the front door got back at me for all the times I slammed it on the way out.

My doc looks at it the next morning and said something that sounded like “eeewwww.”

She pulls in a surgeon to share the view.
He apparently was overjoyed at what he saw.

He kept saying I almost amputated my small toe and it’s going to take a lot of stitches.

I’m not sure if he meant I was lucky or I should have tried harder.

I have a picture of all this but you don’t want to see it.
Trust me, it’s gross.

If I were a dog this is probably what everything looks like now.
Sort of.

He was really happy about all those stitches.
Maybe he had a car payment coming up.

He spent more than an hour sewing everything back together.

All the time explaining how suturing in that area was like breast surgery.
Something about the folds in the skin and curved needles.

I’m not sure if I needed to know all that but I took it all in case I needed small talk at the next cocktail party.

Three hours later I leave the doc’s office and hobble to the car to head home.

He said don’t walk on it so I headed out to the daughter’s birthday night that night.
Yeah, I’m stupid.

I couldn’t be grumpy if I wanted to be.
I’m sure that will change soon.